Home
Publications
“What it is is not what it is!” – author Nikola Bozhkov, 2016 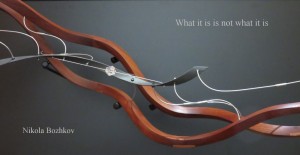 “What it is is not what it is”
view from above

The main sculptural problem that I have posed with this work is the perspective deformation and more precisely – anamorphosis. It all comes down to the way, in which the eyes perceive the image and how the brain interprets it. This can be very useful for focusing attention in a particular direction.

Creating a specific point of view, I direct the viewer to see how a seemingly abstract three-dimensional shape “turns” into a clear geometric sign, when in fact they are one and the same.

The chaos is “arranged” in the sign structure chosen from me.  A point of view. 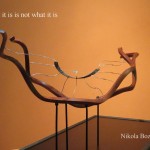 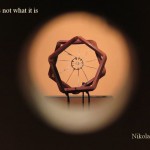 the point of view

The sign depicts a rectangle built of two pentagons with a crystal pentagon-dodecahedron in the center. The two pentagons represent a projection of DNA molecule in a golden section, and the crystal in the middle is fifth platonic body that symbolizes the cosmos in its entirety. The whole sign aims to show that, as we exist in the universe, so and the universe exists within us.

In the process of my work I realized that the wood sculpture “What it is is not what it is!”exceeds away the original idea. Here crystallized the searches in our studio. The conversations we had with my father, the works we worked on together and the stories about his experience of touch with the art of nearby and distant countries, subconsciously organized the opportunity to develop an idea into material form. The wood sculpture has become a model for studying and new reading of signs and symbols, to recognize those that can be expanded into 3D form. This allows the creation of pieces of art with a new knowledge of shaping.

Wood sculpture “What it is is not what it is!” is a part of general conception that is presented by me and usta Darin.

Other pieces of art of Nikola Bozhkov 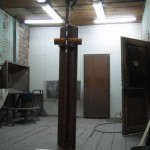 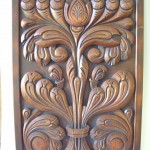 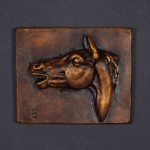 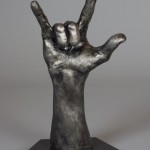 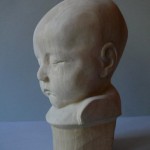 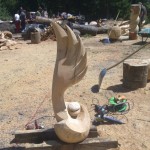 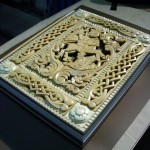 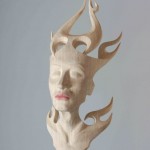 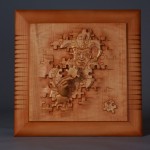 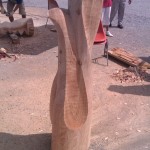 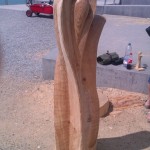 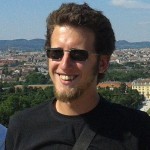 I’m descendant of  kind with more than 200 years of tradition in construction and woodcarving. Prominent members of the genus are my grandfather, Kolyo Bozhkov, a longtime director of the school “Trevnenska shkola”, Kancho Penchev – creator of the museums in Tryavna, Tsanyo Antonov – Dimitrov Prize winner, Prof. Dr. Tsanyo Ivanov – the first PhD in Arts in design in Bulgaria.

My father, Darin Bozhkov, is artist woodcarver. Winner in a bet for mastery and carrier of  title “usta” (best master) and the red belt of mastery since 1992. High School graduate in “Trevnenska shkola” in Tryavna, master degree in National Art Academy “N.Pavlovich” in Sofia. He works in the field of monumental carving and runs woodcarving studio “usta Darin”.

My mother, Petya Bozhkova, graduated from art school in Tryavna specialty interior design and is engineer-designer. Her work is associated with studio “usta Darin” and “Center usta Darin”

As the son of usta Darin, I grew up in the creative environment of his studio. This motivates me to study carving.

In 1999 I took part of the seventh festival of snow sculptures in Grindelwald, Switzerland. There I was part of the Bulgarian team, leaded of usta Darin.

In 2007 I won first place in carving of a national competition organized by the Ministry of Culture in Bulgaria.

That same year I participated at a symposium on ceramics “Art pottery” in art school in the city Troyan.

In 2007 I participated actively in the creation of the iconostasis one of the largest churches in Bulgaria – “The Assumption of St. Mary” Uzundzhovo village, Haskovo. The iconostasis was made in studio “usta Darin”.

In 2008 I took part in the project “Tryavna column” – designed and funded of usta Darin.

In 2009 I’ve participate in creating and mounting of public interior for the company of “BN petrol”- Ferezay, Kosovo. It`s designed and made in USTA DARIN STUDIO.

In 2010 I participated in a symposium on design in Belgrade, Serbia.

From 2011 to 2013 I specialized carving in the woodcarving school “Schule für Holzbildhauerei”, Brienz, Switzerland.

In 2013 I participated in the International Woodcarving Symposium in Brienz, Switzerland.

For the next year I have work in my specialty in “usta Darin” studio.

Since 2014 I study carving in the National Art Academy in Sofia, Bulgaria.

2016 I took part in Wood sculpture Symposium in Bern, Switzerland.