“Usta Darin woodcarving studio” is made a lot of iconostasis by projects of usta Darin:

Uzundzhovo, a municipality of Haskovo, renovated on 9 September 2007. This church is very

old – since 1500th year, and has interesting and rich history and unique architecture. “Usta             Darin woodcarving studio” made also The Bishop`s Throne, that is donation for the church of         International Knight`s Order “St. Archangel Michael”.

In 2009 was held “First Symposium of Church Arts” in the town of Veliko Tarnovo. Usta Darin was awarded with diploma and prize winner from municipality of Veliko Tarnovo, diploma and honorary medal “Paisiy Hilendarsky” from Goverment Agency for Bulgarians in Foreign Countries about workmanship of the iconostasis in the church “The Assumption” – village Uzudzhovo. 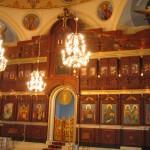 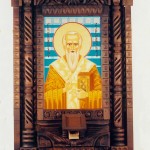 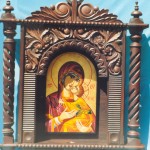 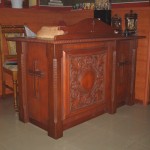